Hi Salty Bastard and anyone else stopping by. You can e mail me at fred@fredharper.com or check out the caricature site at www.fredharper.com

Just updated the website. New blog is there. This will probably become a less focused blog for me. I can only write so much! HA! The fine art site (probably not work safe) is here.

The new illustration blog/website is here.

I will be here. 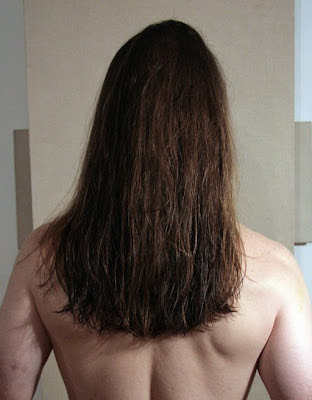 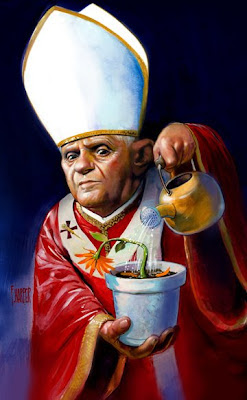 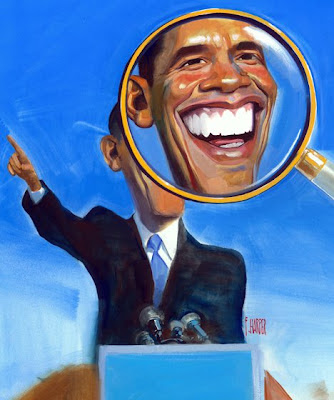 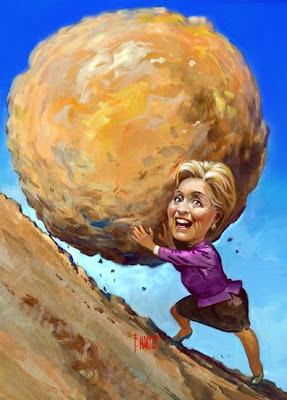 Covers for The Week Magazine. The Obama one was never used. It was a back-up in case he was actually able to close the deal in one of these primaries.

Some covers for The Week

I call this one "Mudslide". Pretty clever huh? Mud and a slide in the back ground. I just ooze jean-yus!

I cropped this one, but my favorite part was just doing some silly feet in the for ground. Type was put over it, but I know it was there! HA!

This wasn't my idea at all. More subdued than I tend to be. The Week said if aliens land on the White House lawn, I get the cover for sure that week. So I'll do a mellow cover or two while waiting for the big pay-off! I hope aliens have a sense of humor.

This is one of the first two I did for Topps.

The other of the first two for Garbage Pail Kids.

This one took a few tries. It was challenging to keep to the style guide and pack all the underwater goodness in there. Fortunately The art director, Jeff, was patient!

This was my favorite one of the 4 that I did.

The packs came out last week I think.

Bush on The Week. 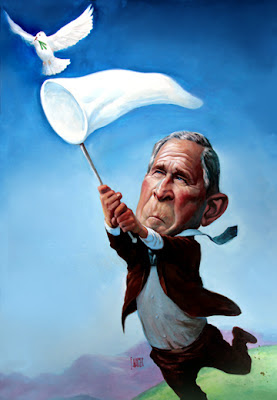 This was fun. Nice and simple. Oil on panel.

I attended the Philly Non Sports card Card show last weekend. Darth and his friends were on patrol. Man, you blow up a guy's Death Star and he just wanders around conventions aimlessly.

I had a blast! Met a bunch of new (to me) artists that I had known of but not met. Joe Jusko, Jay Lynch, David Gross, Doug Koozer, and a bunch more. Everyone seemed to take turns buying everyone rounds of drinks at the bar at night.

Doug gave me rides back and forth from the hotel and convention. He also is the brain behind the world of "Gotta Pea". We traded art. David Gross wrote a lot of the gags for the current Garbage Pail Kids set that will be coming out in December. I did about 4 cards out of that set. Jay Lynch has been doing GPK since the first set I think. He also came up with gags. Jeff, my art director and a fellow artist plus gag writer was also working the crowd the whole time. I also lucked out and won(to many collectors disappointment) a sheet of uncut GPK from the first run in the early 80's. It's so cool! I think a lot of people there might have thought I didn't appreciate it, but that what would be incorrect! I love it! It will be framed and hanging in my studio for the next time I do any cards for GPK. Which I hope is soon. 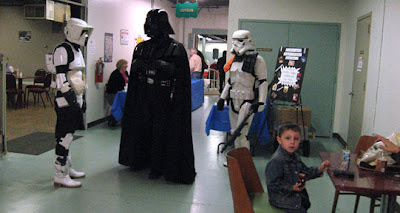 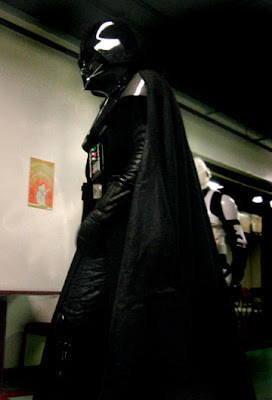 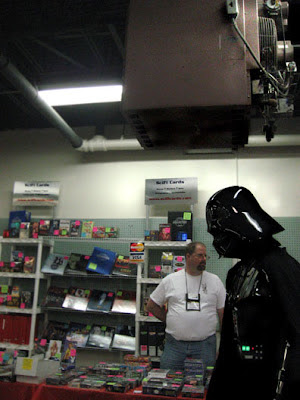 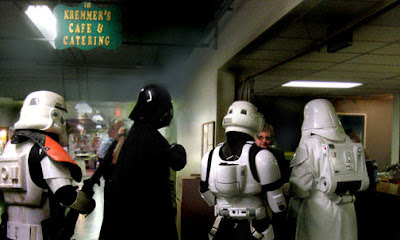 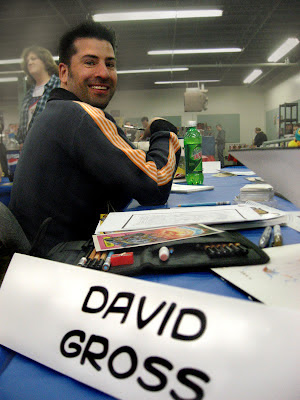 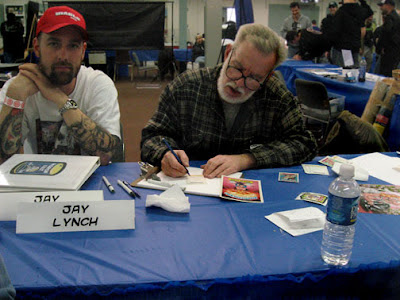 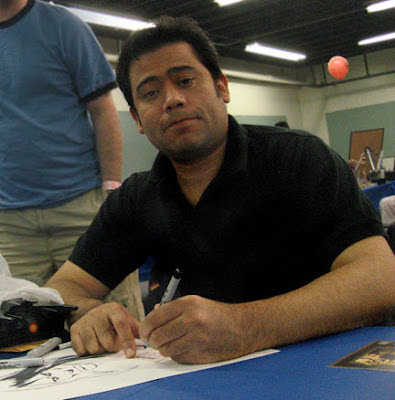 I saw elk, deer, and family... Not necessarily in that order. 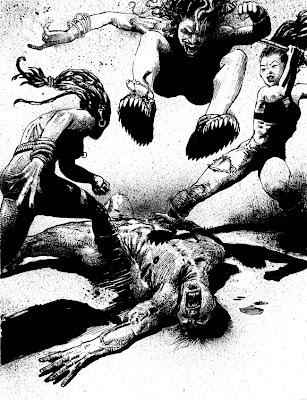 This is almost 10 years old now! It was in a gaming book for White Wolf. I don't remember which one. Not being a gamer, I never really knew if I was making the appropriate art for the assignment. They kept hiring me, so I guess I was doing it right. Someone at the MOCCA fest requested it. I have a fan!... or at least someone that digs chicks with big ass boots beating the crap out of some poor guy. Maybe he deserved it? First I painted this cover for The Week last week. Oil on panel of Fred Thompson finally joining the race. The following day I had a deadline for the New York Times and painted the bottom piece. Farm Aid in New York City. I liked the idea of having these famous performers in the subway. (Willie Nelson, John Melloncamp, and Neil Young) oil on panel. 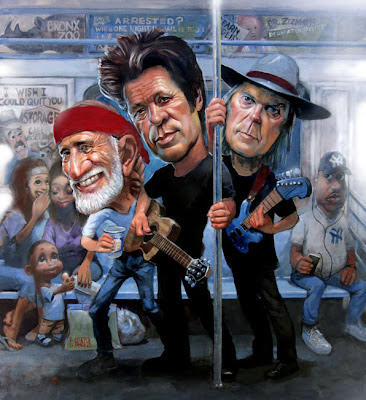 I have a lot going on. My revamped illustration site will carry on the grand tradition that Loki Loki started back in the early 50's if I'm mistaken.